To share your memory on the wall of Thomas Eddy, sign in using one of the following options:

Print
Thomas Walter Eddy died peacefully at his home in Polson, Montana on September 24, 2020 at the age of 83 from Creutzfeldt-Jakob disease (CJD).

Thomas (Tom) was born on March 17, 1937 in Pasadena, California to the late Allan and Gladys (... Read More
Thomas Walter Eddy died peacefully at his home in Polson, Montana on September 24, 2020 at the age of 83 from Creutzfeldt-Jakob disease (CJD).

It was at the University of Idaho where Tom met Bonnie Lou Tower. Tom and Bonnie were married on September 7, 1957 in San Marino, California; they were married for 63 years.

Tom worked for ATT-Bell Telephone Laboratories in New Jersey and Illinois from 1958 to 1990. During that time, he led a team of engineers in the design and installation of SOSUS, a Top-Secret classified Navy system for the detecting, identifying and tracking of Soviet Union ballistic missile submarines. He was awarded three patents for his contributions on SOSUS. After retiring from Bell Laboratories in 1990, he and a partner started Integrated Technical Solutions, a company that helped small to medium-sized businesses deal with rapidly changing computer technology. Tom and Bonnie spent many summers in the Polson area; when it came time to retire in 2010, they decided to make Polson their home.

Tom took an active role in the communities wherever he lived, even in retirement. Tom was an active member of the Polson Presbyterian Church. He served as the treasurer for the Big Arm Community Association for 10 years up until the time of his illness. He was very proud of the work the Association did to support the restoration of the Big Arm schoolhouse.

Tom enjoyed the outdoors and all that Mission Valley has to offer: boating, fishing, and hiking. He served as a range officer for the Polson shooting range and loved to meet friends to shoot a round of sporting clays. He also enjoyed weekly coffee at the Big Arm School and Monday night poker with friends. The highlight of his summers was hosting family and friends at the Big Arm cabin. Outdoor activities filled the days and more than one tall tale was told around the campfire at night.

The family would like to thank Theresa (Tari) Eddy and Krista Eddy for their tender and loving care during Tom's last months, as well as the support of Holly, Canyon and Chase Hansen, with guidance from Partners in Home Care Hospice. A memorial service to celebrate Tom's life will be held at a later date. In lieu of flowers, a donation to the Creutzfeltz-Jakob Disease Foundation (https://cjdfoundation.org/donate) would be greatly appreciated.
Read Less

To send flowers to the family or plant a tree in memory of Thomas Walter Eddy, please visit our Heartfelt Sympathies Store.

Receive notifications about information and event scheduling for Thomas

We encourage you to share your most beloved memories of Thomas here, so that the family and other loved ones can always see it. You can upload cherished photographs, or share your favorite stories, and can even comment on those shared by others.

Posted Oct 22, 2020 at 09:15pm
Dear Bonnie, may you find continuing comfort in your wonderful memories and the love of your family and friends. Linda KIttle
Comment Share
Share via: 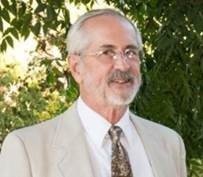 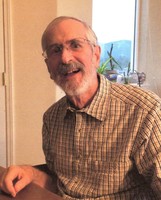