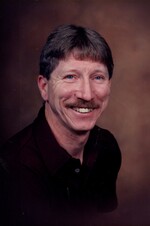 Walter (Walt) James Reznicsek was called back home February 4th, 2021 in Polson MT at the age of 76 after fighting a long courageous battle. He was born January 15th, 1945 in Silverton OR, to his parents Adam Reznicsek Jr. and Dolly Parren. Adam, a widower, married Dolly in 1945. Dolly had 5 children Peter, Virgil, Roselee, Marvin, and Lorenzo. Adam had 4 children Stephen, Nora, Rose, and Albert. Together they had Walter making him child number 10. The older siblings would love and care for Walt “the baby.”

Walt was married 3 times; his first marriage was to Shaurnell Fletcher in 1963. He and Shaurnell had one child together, Lynna from Oregon. He later married Joyce Sanders and they had 2 children Michael Reznicsek & Lyn of Katy, TX and Dawn Wartick & Chris of Ronan MT. On January 1st, 1986 he married widowed Dorothy Robinett Wedrick who had 3 children from her first marriage; Nathan Wedrick of Polson MT, Shelly Icardi & Gary of Portsmouth VA, and Kaarina Wedrick of Polson MT, as well as his children there are many grandchildren.

Walt was known as an avid hunter and fisherman who taught his children and grandchildren how to hunt and fish. On any given day you could find him at his “office” down on the Sacajawea docks fishing. He also had love for the sport of bowling. In his lifetime he bowled 3 perfect games. He always felt it was one of his greatest accomplishments, as it should be. He was loved by all who knew him, his smile and his sense of humor were his most endearing characteristics.

When he wasn’t with his family or at “the office”, he was volunteering his free time at Seconds 2 Go Thrift Shop organizing the goods. He loved animals and helping others and this was his way of helping both.
Walt is preceded in death by his parents Adam and Dolly and many of his siblings. He is survived by his wife of 35 years Dorothy, his brother Virgil, all his children and grandchildren.

Services will be held on February 10th, 2021 at 11:00AM at The Church of Jesus Christ of Latter Day Saints next to Super One Foods. Due to Covid-19 no gathering will be held afterwards.

The family of Walt would like to express their deepest gratitude to all of his “Guardian Angels” that looked out for him while he enjoyed his favorite pastime, casting a Johnsonville from the end of Sacajawea docks.