To share your memory on the wall of Wilbert Buckskin, sign in using one of the following options:

Wilbert, his wife, and grandson loved to travel all over the Northwest and Canada to play stick games and making many new friends wherever he traveled and to especially watch his grandson play and win in tournaments. His greatest pride was raising his grandson and teaching him everything about his culture, respect, and right from wrong, driving him to school and picking him up afterwards and then taking him to McDonalds or Dairy Queen for a treat. Wilbert flew his wife to Hawaii and also toured the whole country of Vietnam from the Meng Kong Delta to Hanoi.

Wilbert’s most recent leadership role was to protest against the Rock Creek mining in the Cabinet Mountains, “The lands of the Ktunaxa Nation” which a favorable ruling has come out on his behalf.

Wilbert worked many jobs throughout his life and decided to retire and enjoy life, his family, children, and grandchildren.

To send flowers to the family or plant a tree in memory of Wilbert Lee Buckskin, please visit our Heartfelt Sympathies Store.

Receive notifications about information and event scheduling for Wilbert

We encourage you to share your most beloved memories of Wilbert here, so that the family and other loved ones can always see it. You can upload cherished photographs, or share your favorite stories, and can even comment on those shared by others. 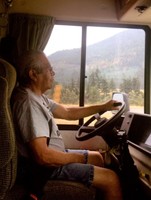 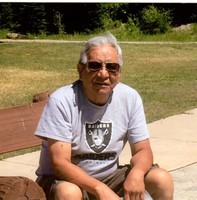